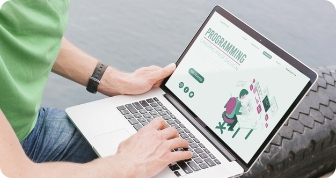 Bachelor of Science and Bachelor of Legislative Law Honours is an undergraduate Law Double Degree Integrated Course. It is a combination of the study of Law and Science with Honours. BSc LLB, with Honours, provides an integrated understanding of the Principles of Science and Law in their entirety than in specified areas. BSc stands for Bachelor of Science, while LLB stands for Bachelor of Law. It is a set of categorized rules and regulations under which any society or country is governed. By Honours, it is meant that it is a Higher Academic Standard Course requiring an in-depth study of the subjects. It also means that one has to study a number of subjects as compared to a Simple BSc LLB course.  The honours course is ranked above the Simple, Pass, General or Ordinary Bachelors Course. It is called an Integrated Course because its course curriculum involves the study of science along with the in-depth study of law and legislature. BSc LLB (Hons) is a five Years Course with 10 Semesters.

Students who are aspiring to pursue BSc. LLB must meet the following eligibility criteria.

BSc LLB (Hons) students can do practice under a reputed lawyer and after having experience of two to three years, they can start their own practice. In the government sectors BSc LLB graduates can work in tax department, labour department, public prosecutor, defence, attorney and solicitor general. In the private sector, BSc LLB graduates are employed in various consultancy firms.

END_OF_DOCUMENT_TOKEN_TO_BE_REPLACED

Colleges offering this course in India

Looking for a Career Guide?

Gyan Vitaranam aims to empower the teens and the youth by providing various information which will help them to choose the best suitable career option according to their eligibility.